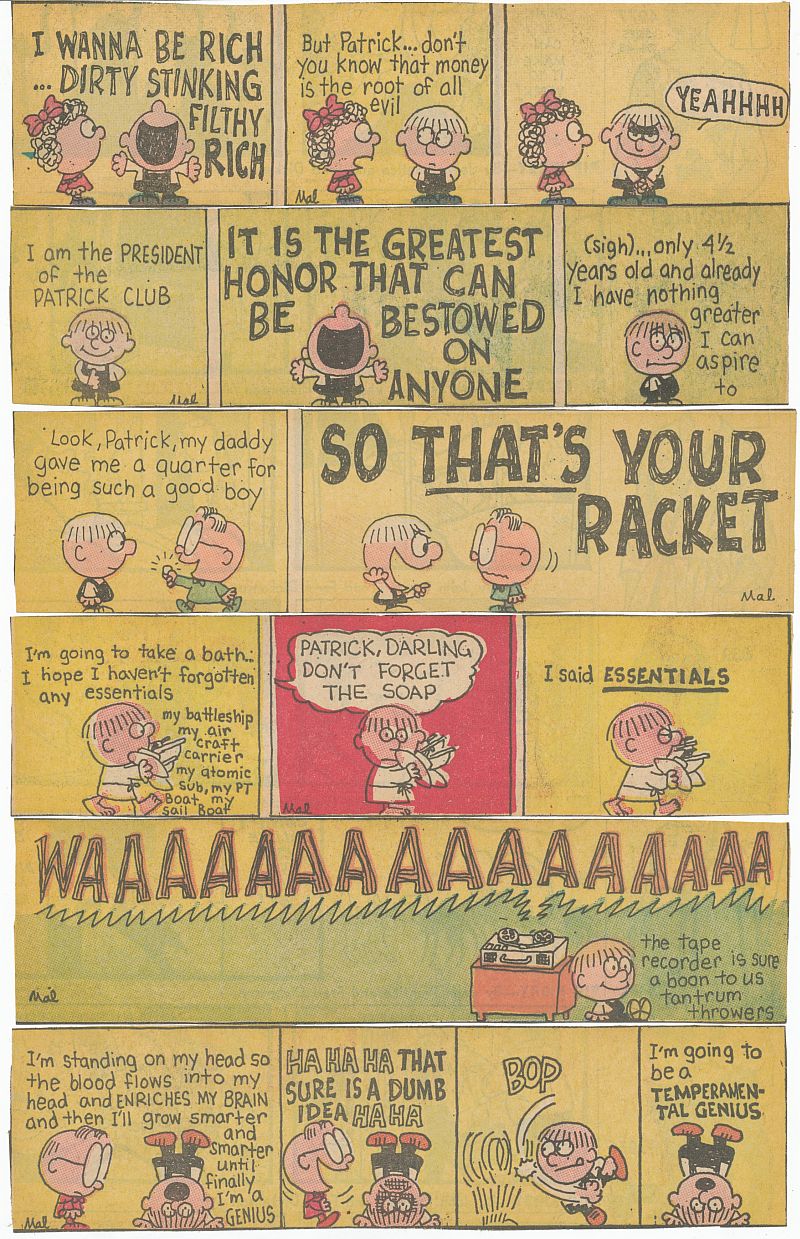 At this point, we conclude Felix the Cat for Dec., 1936 with the episodes for 12-28 through 12-31. They continue, but do not conclude the off-season adventures ofÂ a football team. Felix does not appear in the 12-28 strip, and doesn’t have another speaking part until 12-31. Obviously this story is too easily sans cat. Now, rather than go into 1937, I’ve decided to stick with 1936 and go back to the first five months of the year that I haven’t reprinted yet. So here is Jan. 1st through the 5th of 1936. You will note that Danny Dooit and family are once again with us, and the story is in progress. Felix is trying to hide a rare diamond from two Mandarin Chinese, Fooey Tu Yu and Punk Chow, which he acquired on the “mystery island” in the 1935 strips. It is really impossible to avoid stereotypes in reprinting old comics, so the first story of 1936 has Chinese men heavily influenced by the Sax Rohmer type of Oriental menace, such as Fu Manchu, a wise but evil Mandarin who was featured in thirteen of Sax Rohmer’s novels, many radio programs, motion pictures and comic strips! Messmer was doing his own comic take on that kind of character and the menacing atmosphere of San Francisco Chinatown. So if this type of tale bothers you, don’t read Felix for awhile. The goal for now is to complete reprinting the Felix strip for 1936.

Krazy is from 6-17 to 6-22-1940 this time. Mimi the Poodle is back in the strip as a schoolteacher. All the Coconino citizens want to be in her classroom, because they all love tall lady poodles. Almost the entire week’s strips hinge on the similarities between the English word “we”, and the French word, “oui”. I like the use of black in the 6-22, as Offissa PuppÂ sits on the dunce’s chair in the foreground. 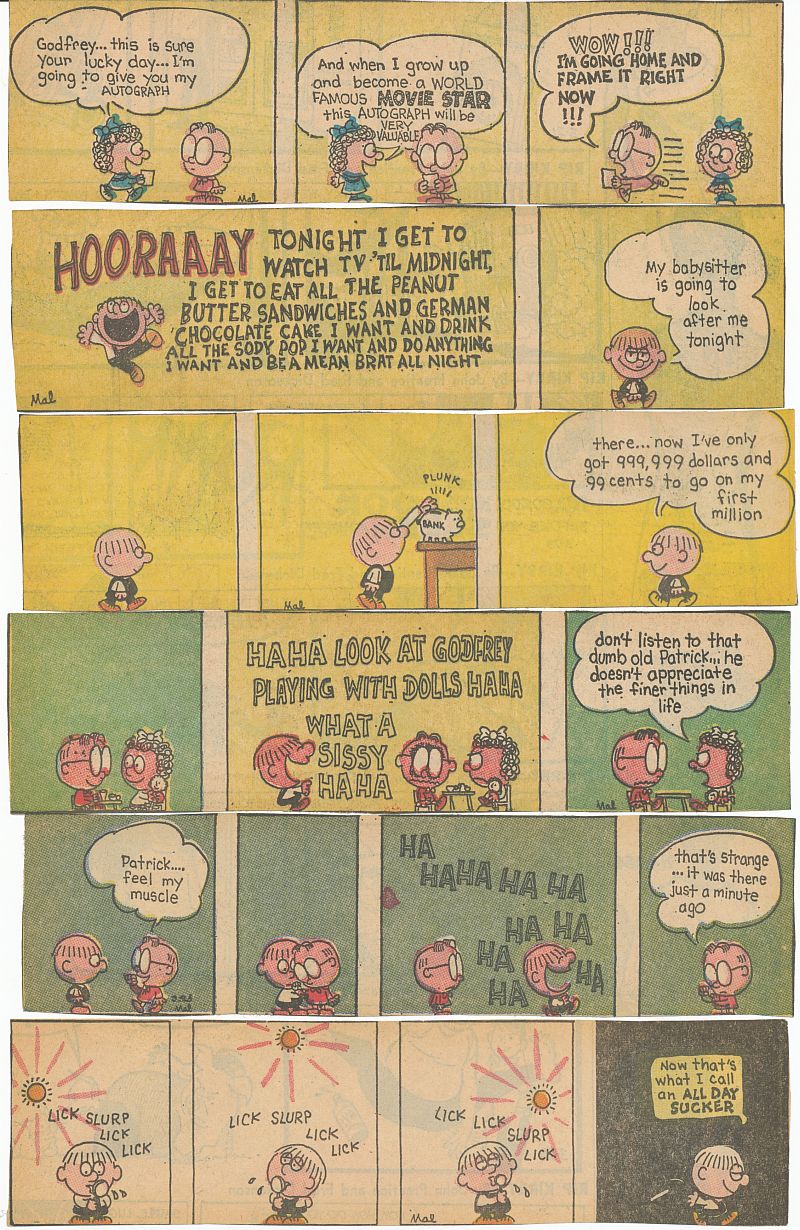 Godfrey is almost the star of the “Patrick” strip this week, appearing in half theÂ episodesÂ from 3-21 to 3-26-1966. Elsa is still very star struck in the 3-21 from which Patrick is completely absent. You will note that the St. Louis Post-Dispatch has added dialog balloons to Hancock’s strip, in order to make it easier to isolate the speech from the color backgrounds. Mal wasn’t really thinking about how his strip would look in color, and usually just lettered his dialog without the balloons.Â The Post-Dispatch was about the only newspaper to print it’s dailies in color in the 1950s and 60s. The Post doctored their other daily strips many times to make them more legible in color; I wonder how the cartoonists and syndicates felt about that?

Don’t forget: DON’T BUY BP!Â Kindly rememberÂ the ongoing needs of my good friend Greg Ford in New York City, who recently lost almost every material possession from the last 35 years in a devestating fire. Any donations to his apartment fire fund, no matter how small are gratefully accepted via Paypal at kausler@att.net. Or, you can write Greg directly at: Greg Ford, 115 West 30th St., Suite 1204, New York, N.Y. 10001.Â

Thanks for visiting Milt Gray’s new Viagri Ampleten website! He has received about 12 visitors from this blog and is happy to have the readers. His strip is building many new episodes so just click on the link “Milt Gray” to the right of this column. Don’t forget to leave feedback for him, he wants to get reaction to his project.