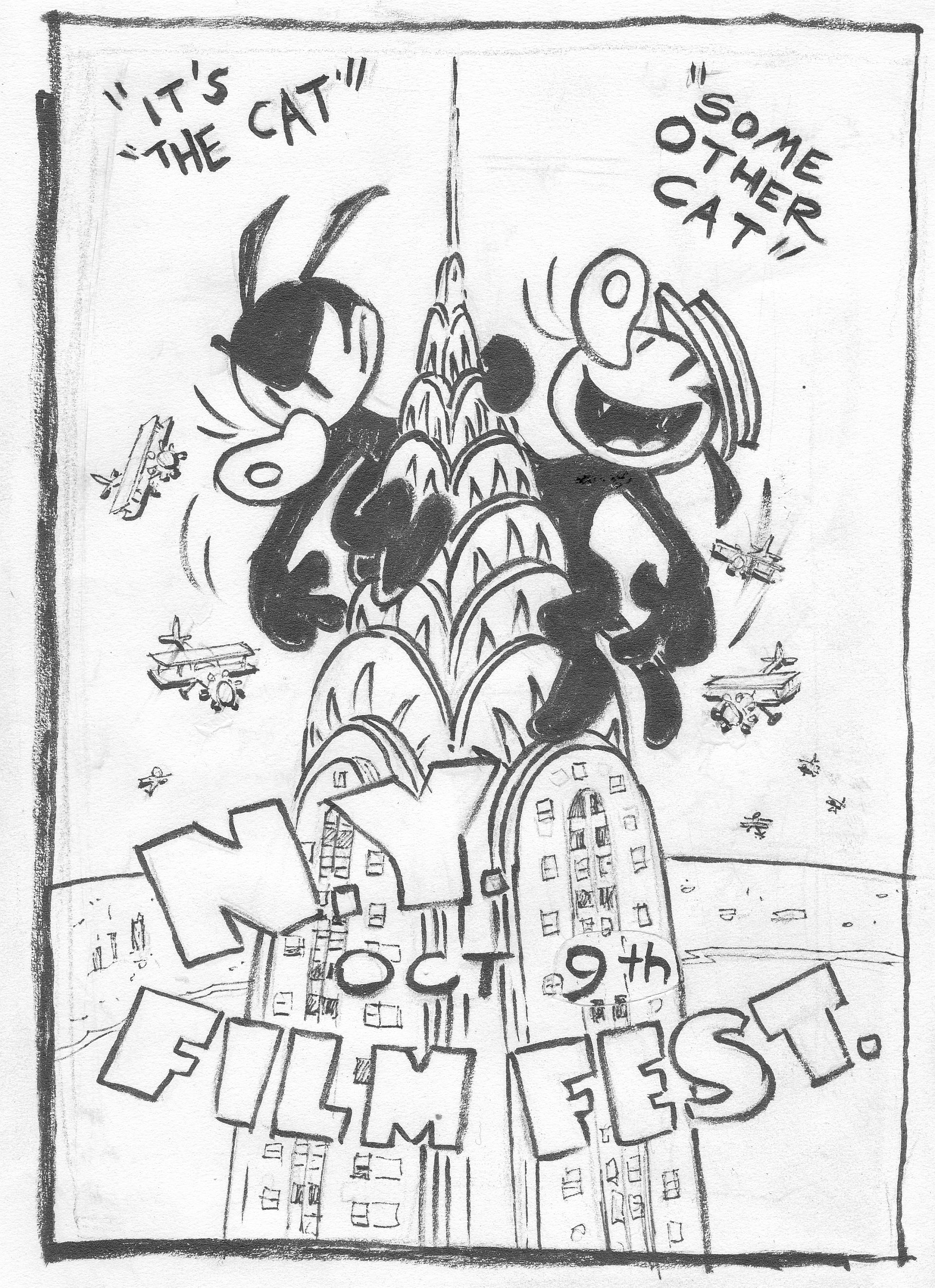 If ya snooze, ya looze! So git ye over to the NEW YORK FILM FESTIVAL on Oct. 9th! At 8:30 PM at the Francesca Beale Theater of Lincoln Center, :”It’s ‘The Cat'” and “Some Other Cat” will be playing with Arthur Ripley’s 1946 Noir Classic, “The Chase”, starring Bob Cummings, Steve Cochran, Michele Morgan and Peter Lorre! The whole program is in glorious DCP format, with a new restoration of “The Chase” from elements found in Europe. Read more about it: http://www.filmlinc.com/nyff2013/series/nyff51-revivalsÂ . “It’s ‘The Cat'” has been newly scanned from the camera negative, you’ve never seen it look more crisp and clear, and the transfer of “Some Other Cat” is really beautiful, so, I repeat, get your cats together and scat over to the NEW YORK FILM FESTIVAL!! These shorts are together again, for the FIRST TIME!

Myrtle this time is from 10-6 to 10-11-1947. My favorites are the 10-9 strip and the 10-11. In the former, Sampson is practicing his violin with Myrtle and the gang egging him on, but a howl from his dog Junior, gives the boy a new perspective. I love the last panel as he hugs Junior, so touching! The 10-11 is another dog joke, with Bingo trying to join the runaways, Myrtle and Sampson. 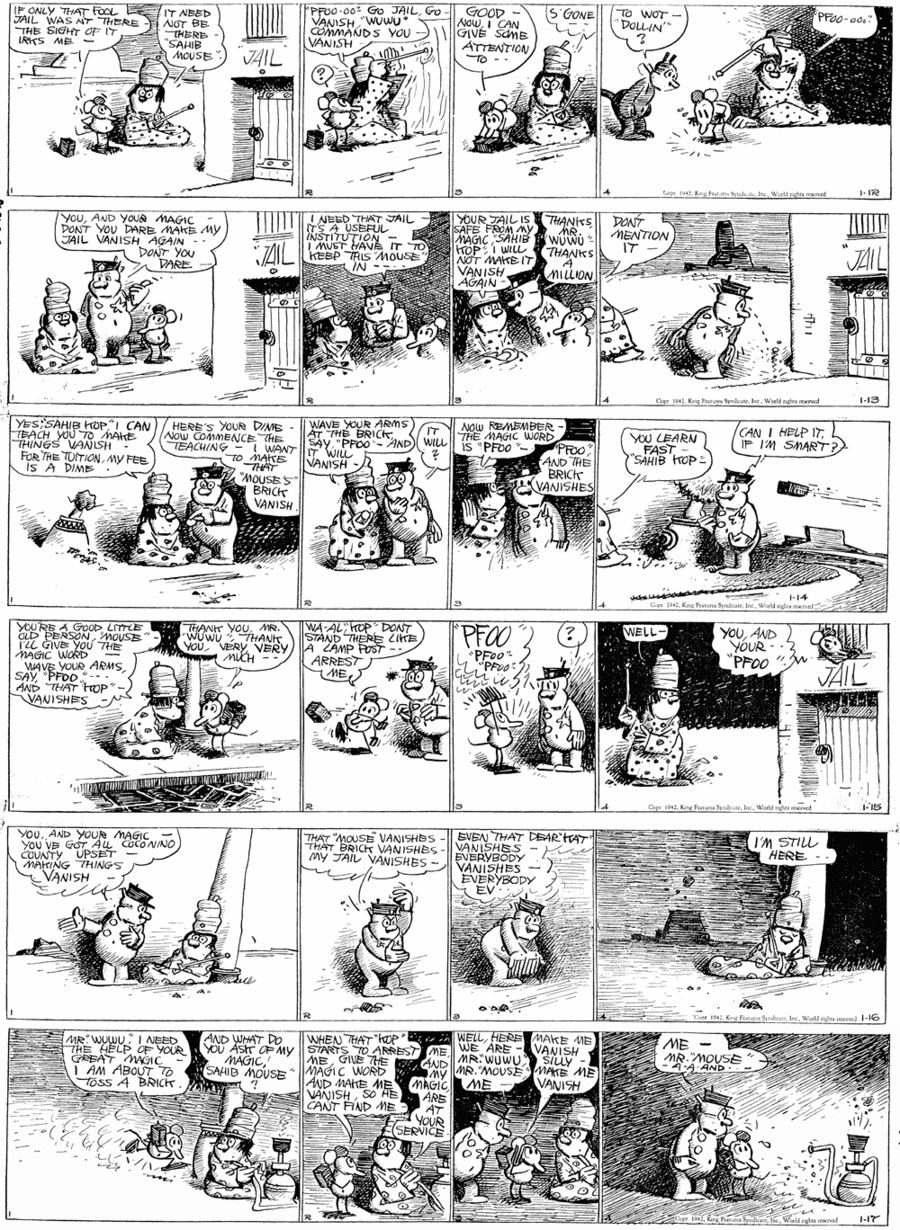 Â Krazy is from 1-12 to 1-17-1942, and the whole week is a continuity about the Swami, “Mr. WuWu”. WuWu has the ability to make things vanish, so his magic is a pawn in the eternal triangle that is “Krazy Kat”. Look at the beautiful way Garge fades out the characters in the 1-13, panels two and three, the Swami and Offissa Pupp are only half there, but the viewer fills in the blank. I also love the way Mr. WuWu makes Offissa Pupp vanish in the 1-16, then mystically mutters “I’m Still Here” in the last panel. It’s interesting that Krazy only appears in the first strip this week, all the other business is just between the gents.

Â Felix has travelled back to 1-1-1934 and continues through 1-7. He is back with the Dooit family, saving valuable bonds and playing with the Christmas toys as the pesky mice drill holes in the floor with the toy tools. Felix figures out how to feed milk to Danny’s baby sister automatically in the Sunday page. I love the “Felix Movies” toy at the top of the page as Felix dreams of his many girl friends. Look at the variety Otto gets in the feminine cat faces with just a few tweaks of his versatile pen, larger and smaller eyes, whisker placementÂ and of course the hats! The 1949 Felix is fine, but I love the toy like appearance of Felix in the early 1930s! The staging of the panels is usually long shots, very few close-ups,Â much like theÂ layouts of the animated Felix cartoons of the 1920s. See you next time!