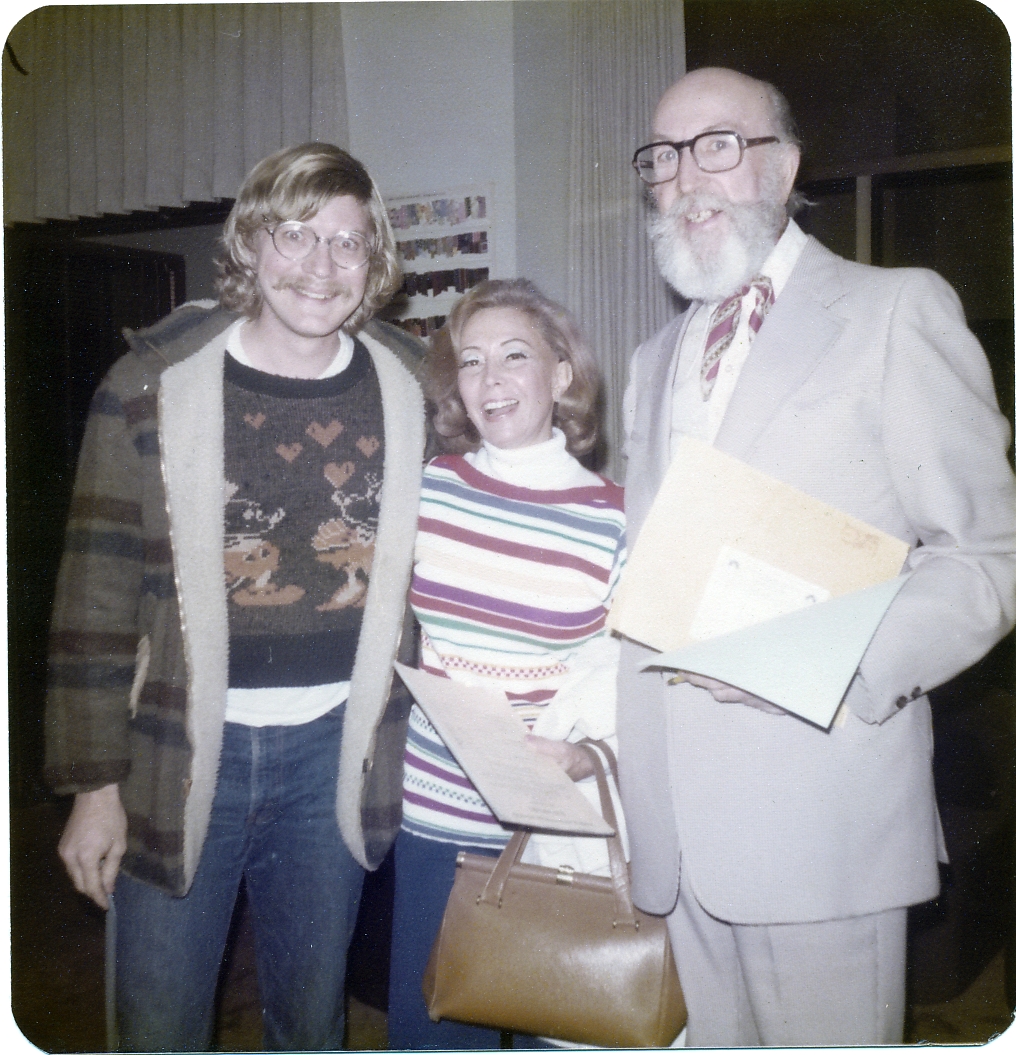 Here’s Dudley Fisher’s Myrtle from 1-24 to 1-30-1949. I love the fan letter that Myrtle receives from a reader in the 1-24, suggesting she take off her hat. Myrtle decides that she doesn’t look like herself and GLUES the hat back on her head! I love the drawing in the 1-27, as Susie faints in the last panel at the sight of Myrtle in “grown-up” clothes. There’s good fantasy in the 1-30, as the little doll of Myrtle jumps in the fish bowl and has to stand in the corner. The Sunday celebrates the days when the Sunday paper was loved by the entire family. Myrtle and Sampson are reading “Right Around Home”, of course.

In Felix, from 4-23 to 4-29-1933, Felix continues his Sunday adventures in the Bone Age, fending off a cave man with a “Heart of Rock”. In the dailies, Felix still tries to keep Danny Dooit from getting a big ego, and then someone sends Danny a pedigreed Persian cat! Of course Felix is jealous, and clobbers the pathetic Persian with a post! 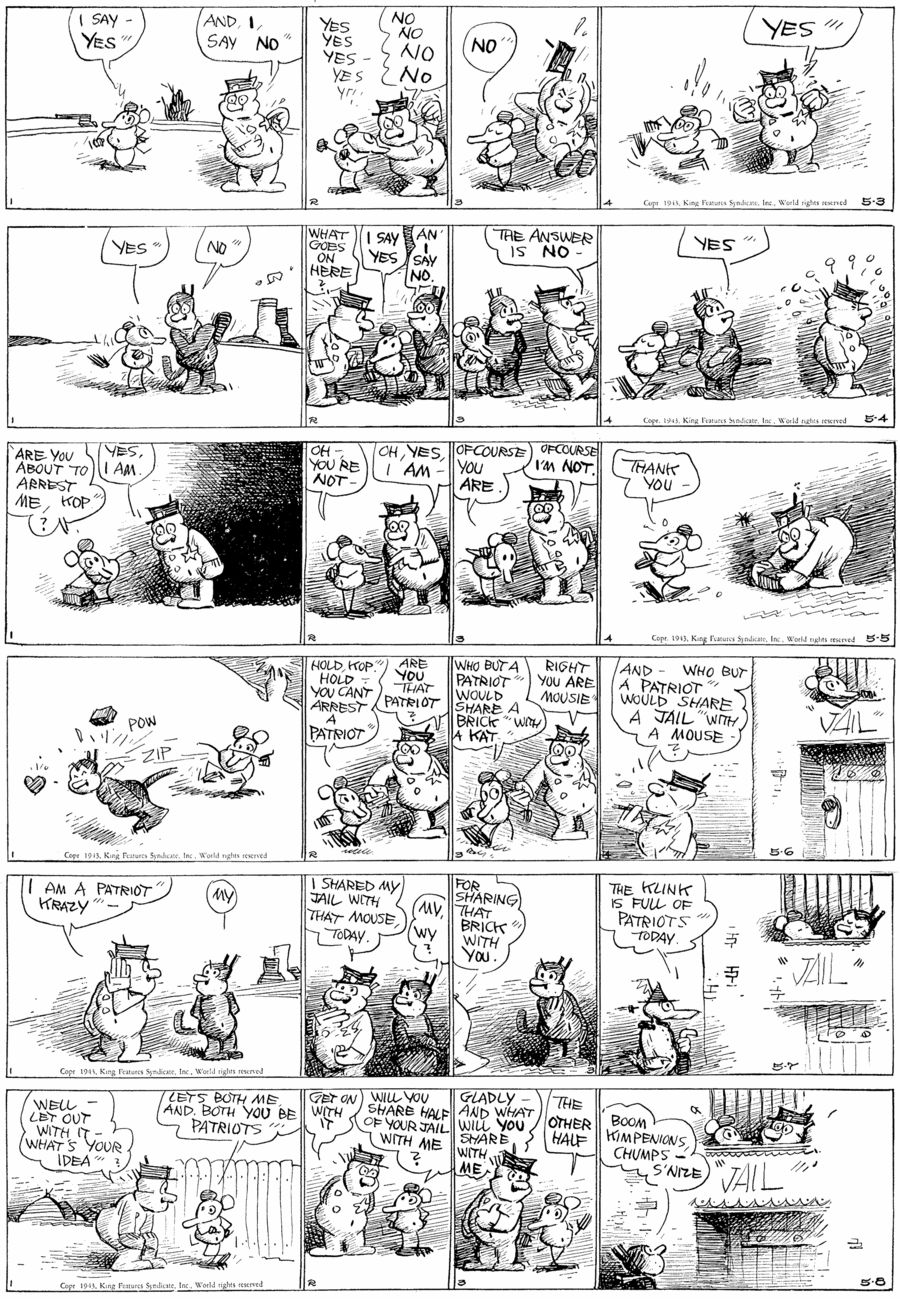 Krazy is from 5-3 to 5-8-1943. World War Two shows it’s influence over Coconino in the 5-6 through 5-8 strips, as Ignatz, Pupp and Krazy try to define their patriotism by who is most willing to share. About the only thing they have in common is the Coconino Jail, so they share that! 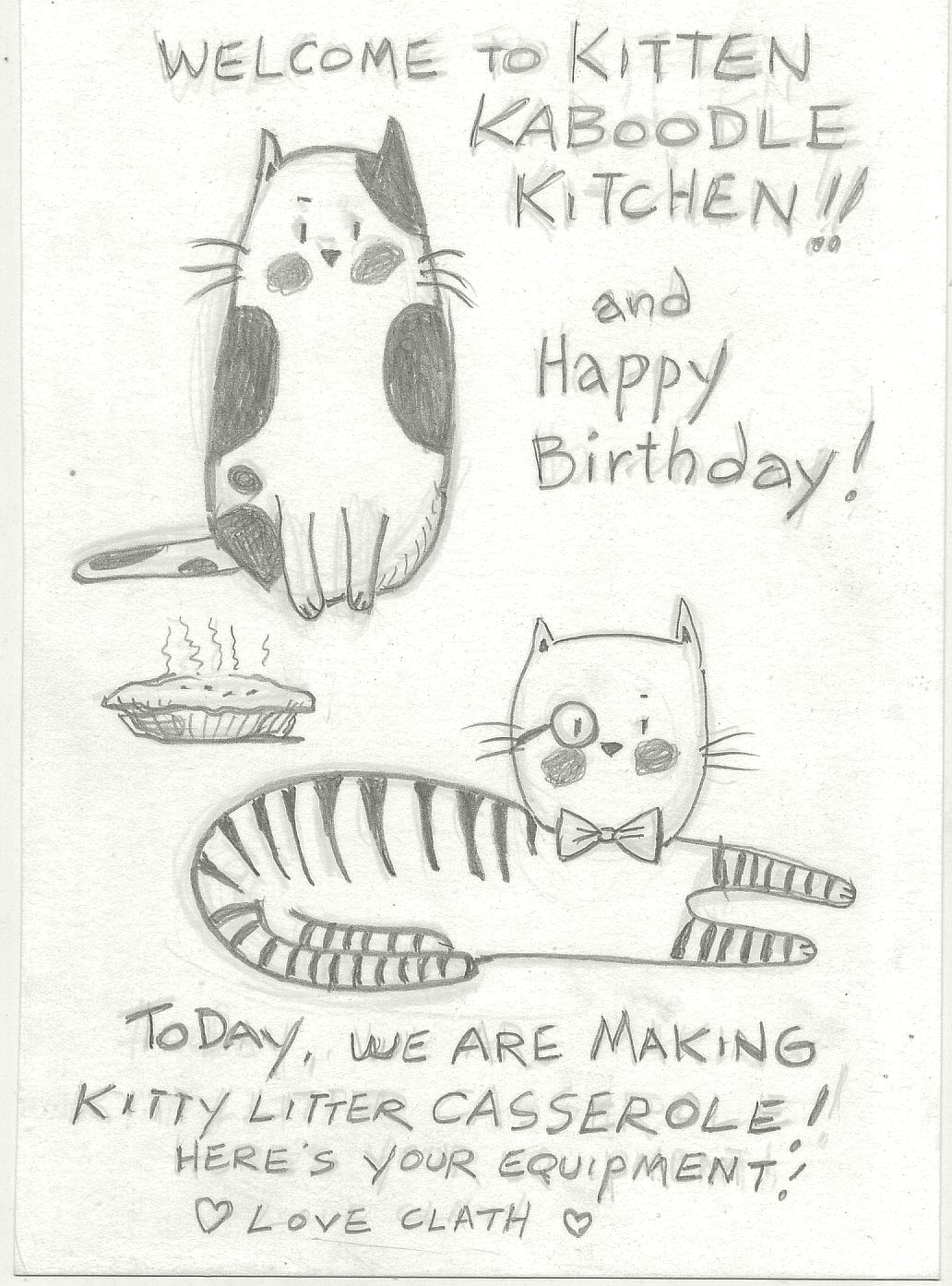 Here’s what makes birthdays worthwhile, a birthday card from my talented artist wife, Cathy. She got the idea for these appealing feline designs from a tea towel she saw at World Market here in Glendale. She also made up a little basket for me with chocolate, a jar of honey, and other delicious comestibles. It was a happy day, August 10th, and she made it that way.
Hey folks, crying pays! I complained last post that I had no readers, and I got letters from five wonderful people! Chuck Fiala, Aaron Neathery, Edd Vick, Tim Walker and Don Yowp! Chuck Fiala, who is a fine cartoonist in his own right, likes the comics I post, but acknowledges that the rooting interest that the culture used to have in the art form is waning. Don Yowp, who puts out the Yowp Yowp and Tralfaz blogs almost daily, also encouraged me to put together a new post. So here it is, Chuck, Aaron, Edd, Tim and Don, just for you! I hope to be back sometime! Don’t forget to write to me at: kausler@att.net. It’s great to hear from my readers. The comments here are still disabled, any WordPress experts who could help me are cordially invited to try. Remember to click on the images to see them larger.