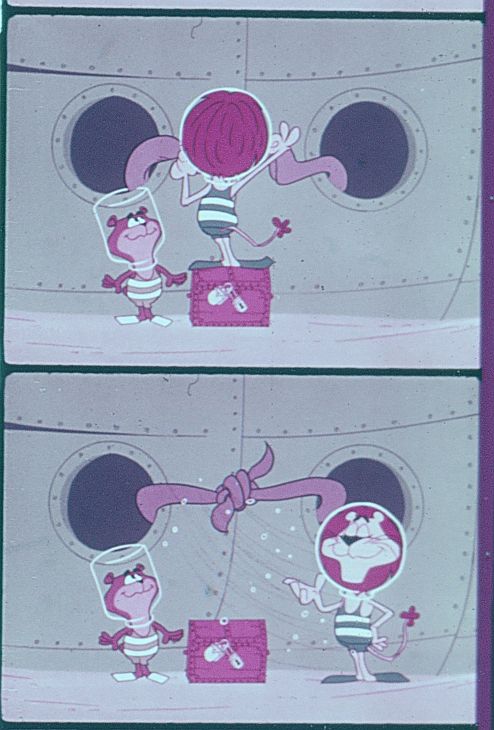 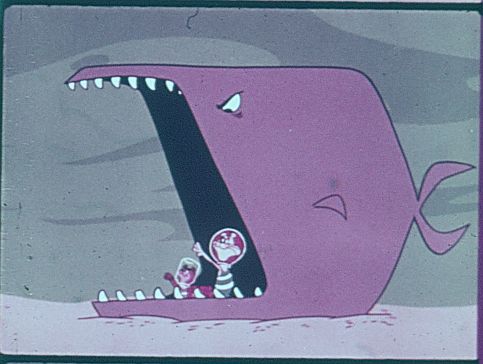 Â I had an article appear this Monday on Cartoon Research: http://cartoonresearch.com/index.php/mark-kausler-on-ed-graham-jr-s-linus-the-lionhearted/Â . I made a lot of frame grabs from my 16mm prints of the Linus the Lionhearted show for illustrations, more than Jerry Beck had space for, so I’m posting them on my blog. The frames above are from the wraparound episode called “Sunken Treasure”. Gerard Baldwin animated it, and his cousin George Cannata, Jr. designed the characters. The action of Linus tying up the octopus’s tentacles and then popping to a “presenting” pose is in two successive frames! Gerard animated with great economy, using effects animation, in this case the bubbles and some painted streak lines, to show the action path that Linus takes over to the bottom corner screen right. The effects helped “cushion” the abrupt action “pop”, in the same way that Gerard used smooth mouth action to cushion his “holds”. I love that parallelogram whale, too, not sure if Cannata designed it or not. 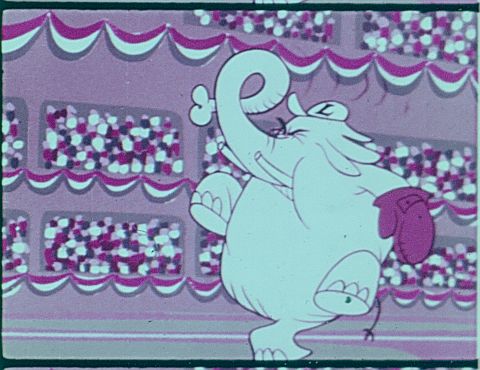 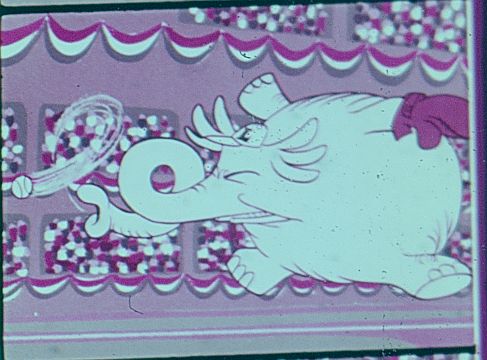 Â In the description I made of Gerard’s animation in the Linus episode: “What’s On Third?” I talked about how he just popped from an anticipation drawing of the elephant pitcher, to the extreme pose above. The elephant doesn’t waste a lot of drawings curling his trunk to pitch a screwball, his trunk is already in that position and the effects of the baseball taking a twisted path carry the action and make the held drawing of the elephant look like it’s in motion. This looks terrific “at speed”. We’ll have more Linus frame grabs soon, he is a “cat”, after all.

Â Here’s Felix, from 2-5 to 2-11-1933. The Sunday page has chapter two of “Felix in the Year 2000”, an automated brick (steal from Garge), and a kind lady treats Felix to a Roast Beef dinner that turns out to be a Chicken dinner food pellet. In the dailies, Danny Dooit continues his career as a messenger boy, but a jewelry store crook decides to keep him prisoner. The 2-8 stars Danny and Felix doesn’t make an appearance in his own strip! Note the resemblance to “Jerry on the Job” in this sequence.

Â In Myrtle, from 11-8 to 11-14-1948, it’s revealed that Myrtle’s mom used to wish “that Myrtle was a boy” in the 11-9. Myrtle is a real tough this week, scrimmaging in football, beating up Sampson with one glove and jumping fences to eat Sampson’s candy. I really like the Sunday strip this week, as the whole gang tries to help Myrtle with her homework, only to be foiled by Sampson. 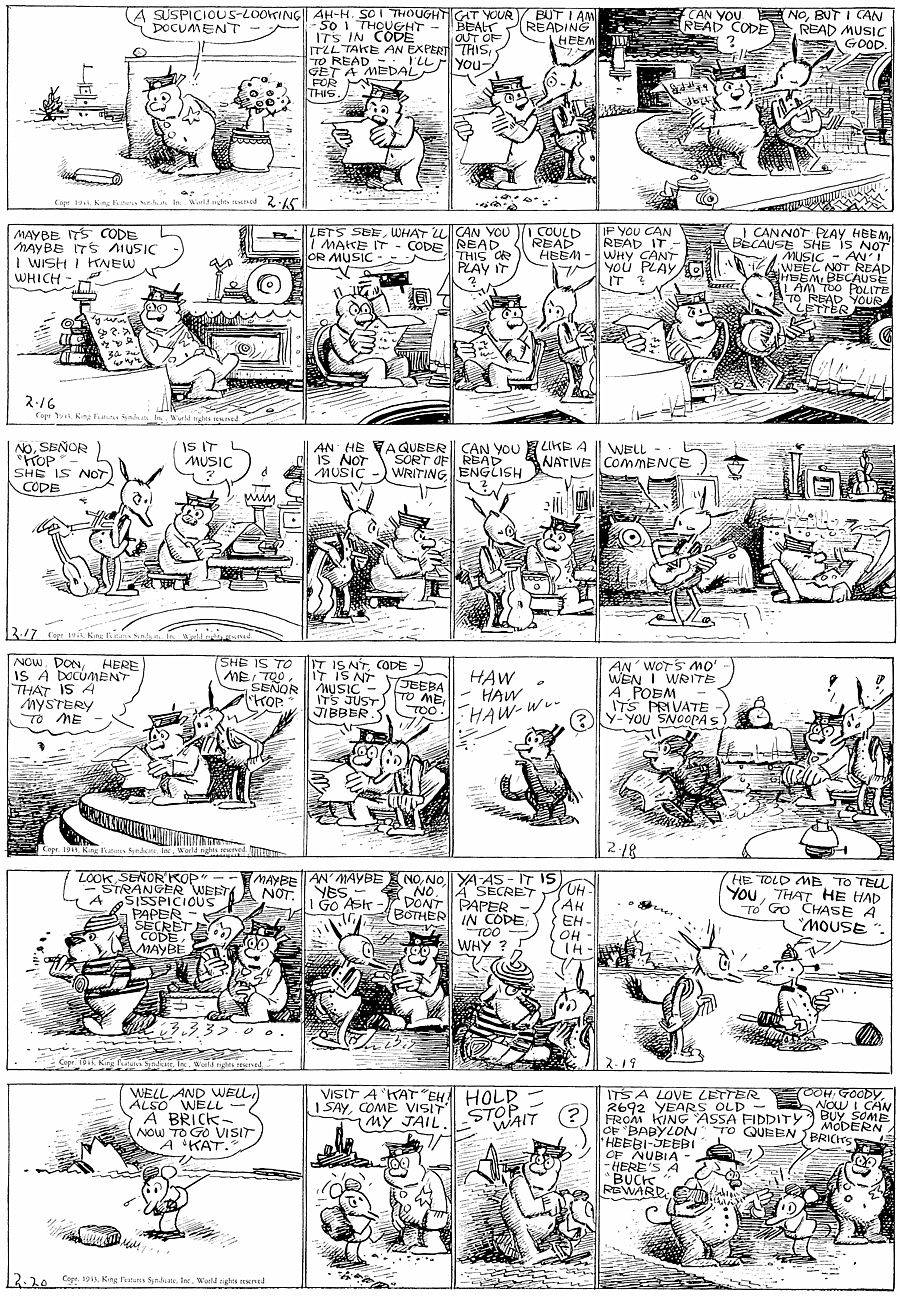 Â Krazy is from 2-15 to 2-20-1943 this time. A seldom used member of the Coconino cast shows up for 5 strips, Don Kiyoti. The whole week is spent in gags trying to decipher “coded” messages that may be English, musical notes or Spanish. They sometimes turn out to be Krazy’s poetry (2-18) or a brick that is really a love letter that’s 2692 years old (2-20). Note that Garge doesn’t sign his strips very much at this point, more about that later on.