Back From Ojai-On to the CTN Expo! 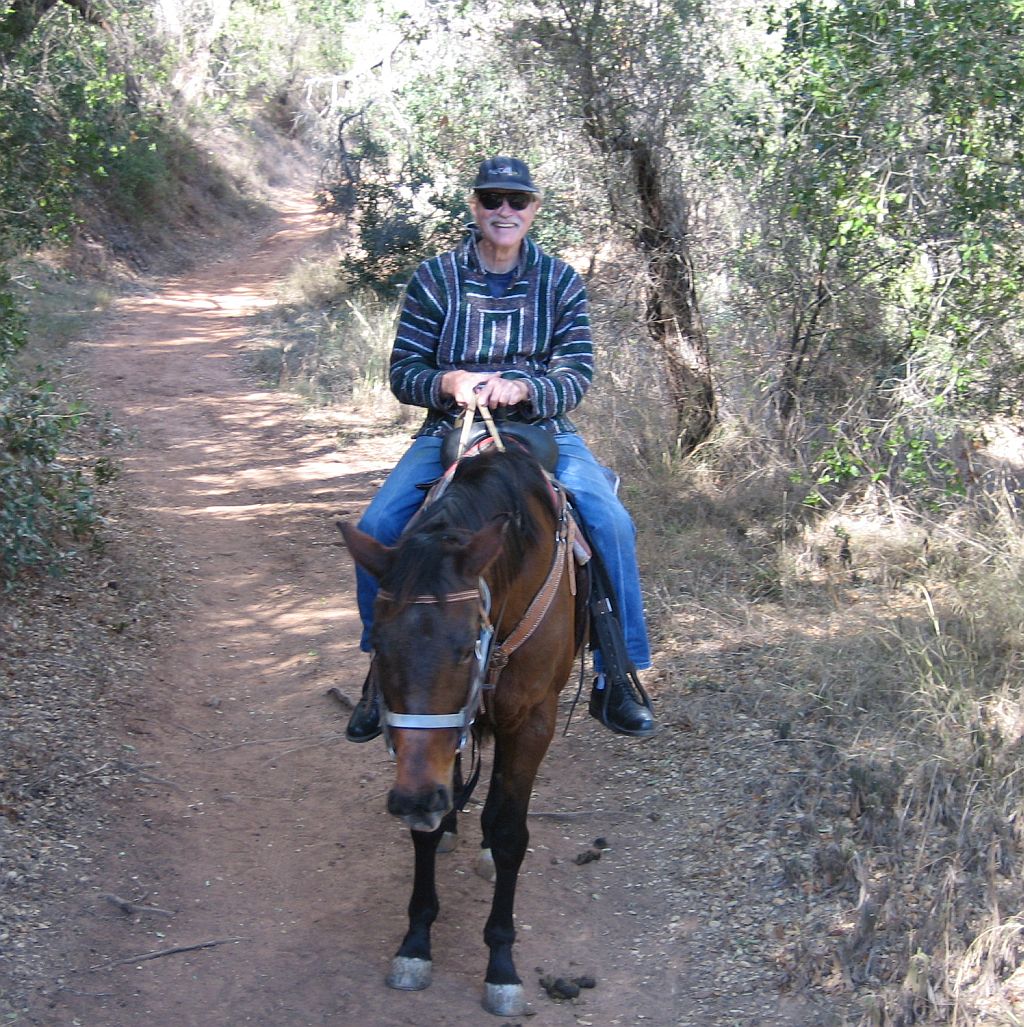 We’re back from Ojai California! Cathy and I had a great time painting and looking that beautiful valley over. I took a 90 minute morning ride on Molly (that’s her above). She was a very gentle horse, only galloped two or three times. We rode through a beautiful oak forest in the Tico Tico mountains. Visit Ojai soon, ride a horse, you’ll be glad you did! The Ojai Film Festival didn’t do as well for me, only 10 people showed up for my “workshop”. The film clips from my career didn’t project really well half the time, due to poor computer mastering. It’s always better to project directly from DVDs, folks. It also helps to have the color adjusted well on your DVD projector.

Felix is from 11-12 to 11-18-1934 this time. Messmer does a funny 6-day continuity with Felix displacing a rabbit from a magician’s act and learning how to disappear. I love the 11-17 as the rabbit re-enters the story line and clobbers Felix for taking his job.

Myrtle is from 8-16 to 8-22-1948. The first three days are an inspired little fantasy in which Bingo actually talks to Myrtle in English. Freddie has to bribe Bingo so that he WON’T talk and spoil his card game plans. 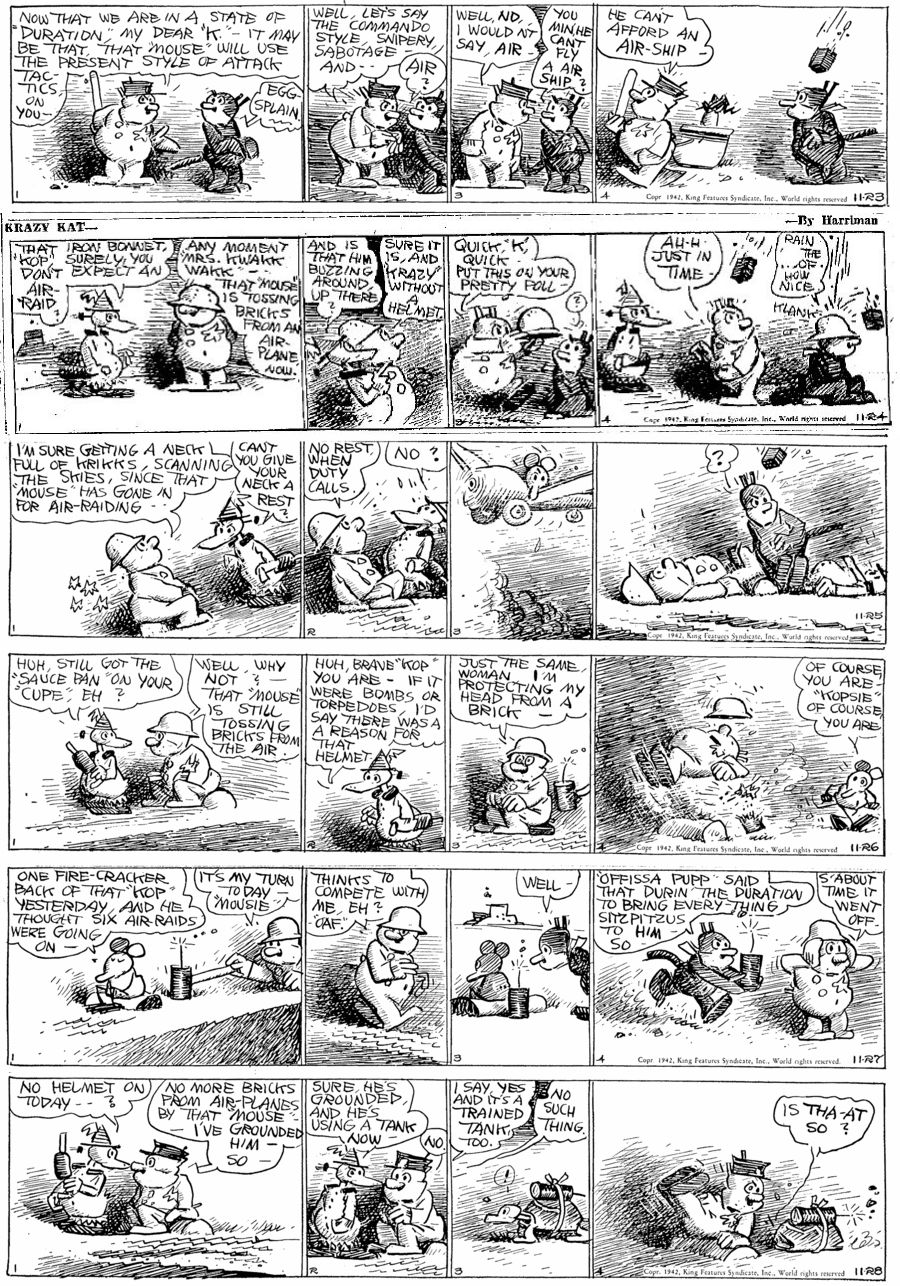 Krazy originally ran from 11-23 to 11-28-1942. World War Two has really taken over the continuity this week, as planes, tanks and bombs are gag foils. Ignatz starts bombing Coconino from his little airplane with bricks. In the 11-24, Offissa Pupp gives Krazy a helmet to protect him from the “mice” missiles. The Kat’s dialog is partially blocked in the last panel; it should read: “Rain on the roof, how nice.” I hope you have enjoyed all the comics this time, remember to click the thumbnails to enlarge. See you at the CTN Expo!