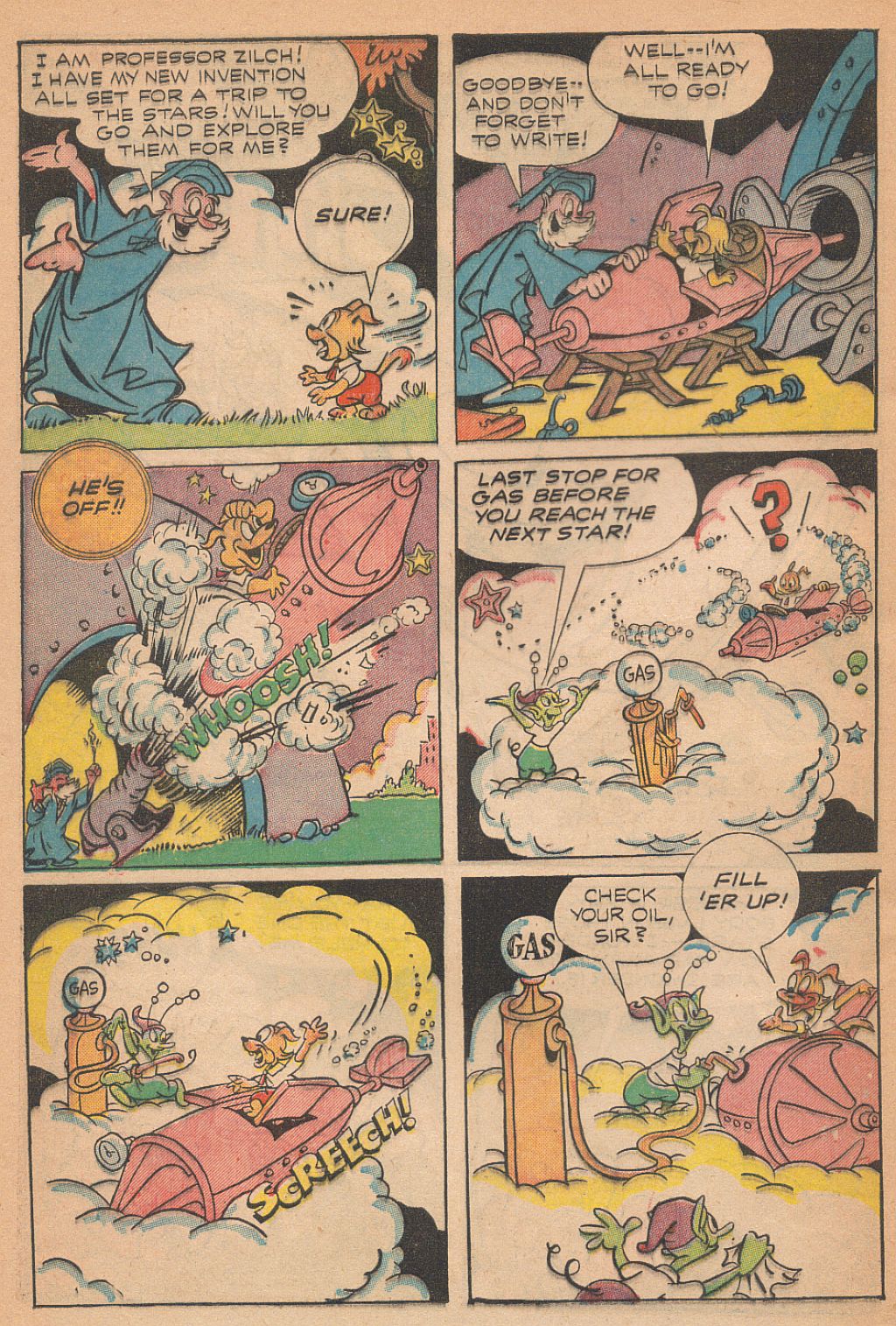 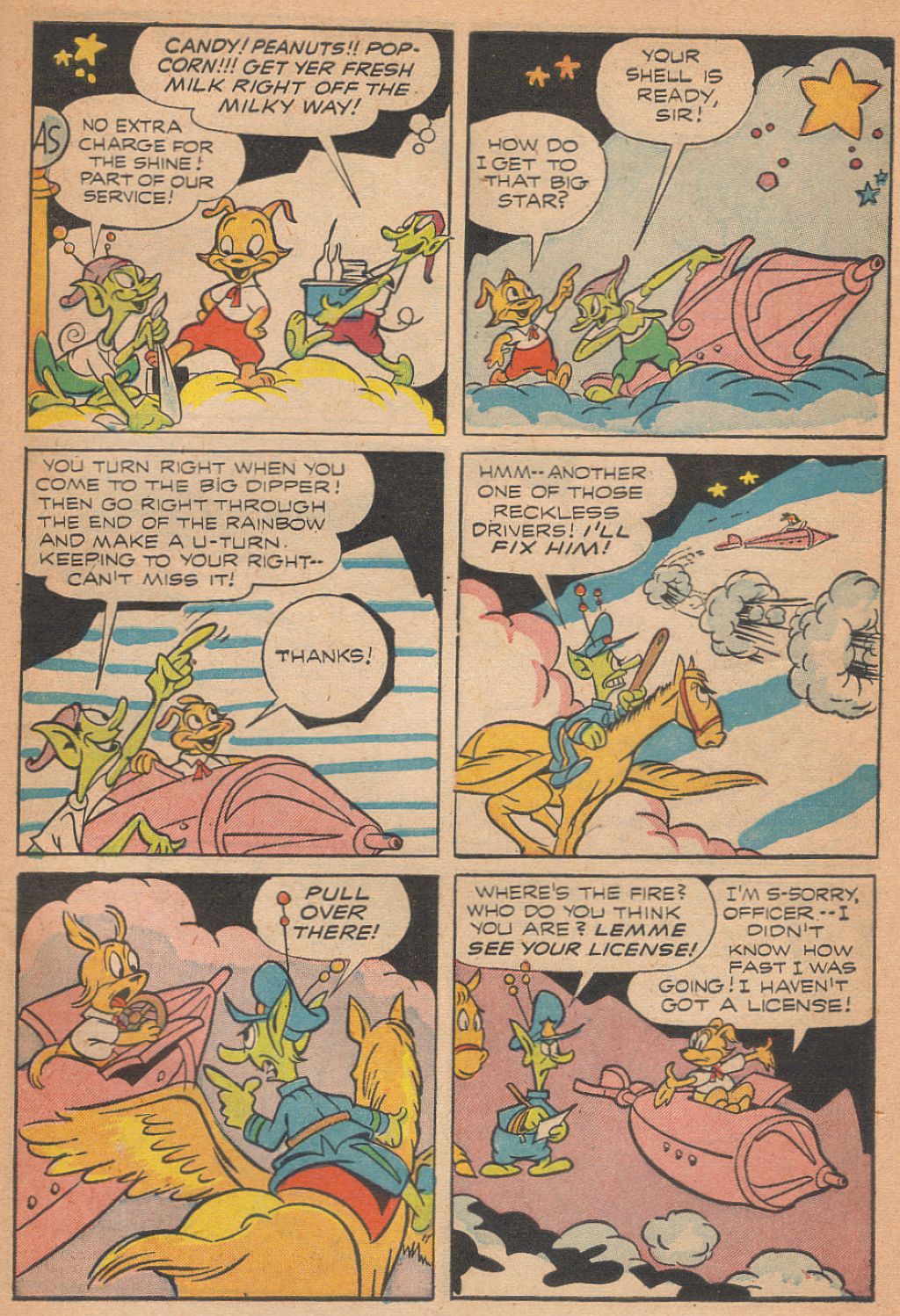 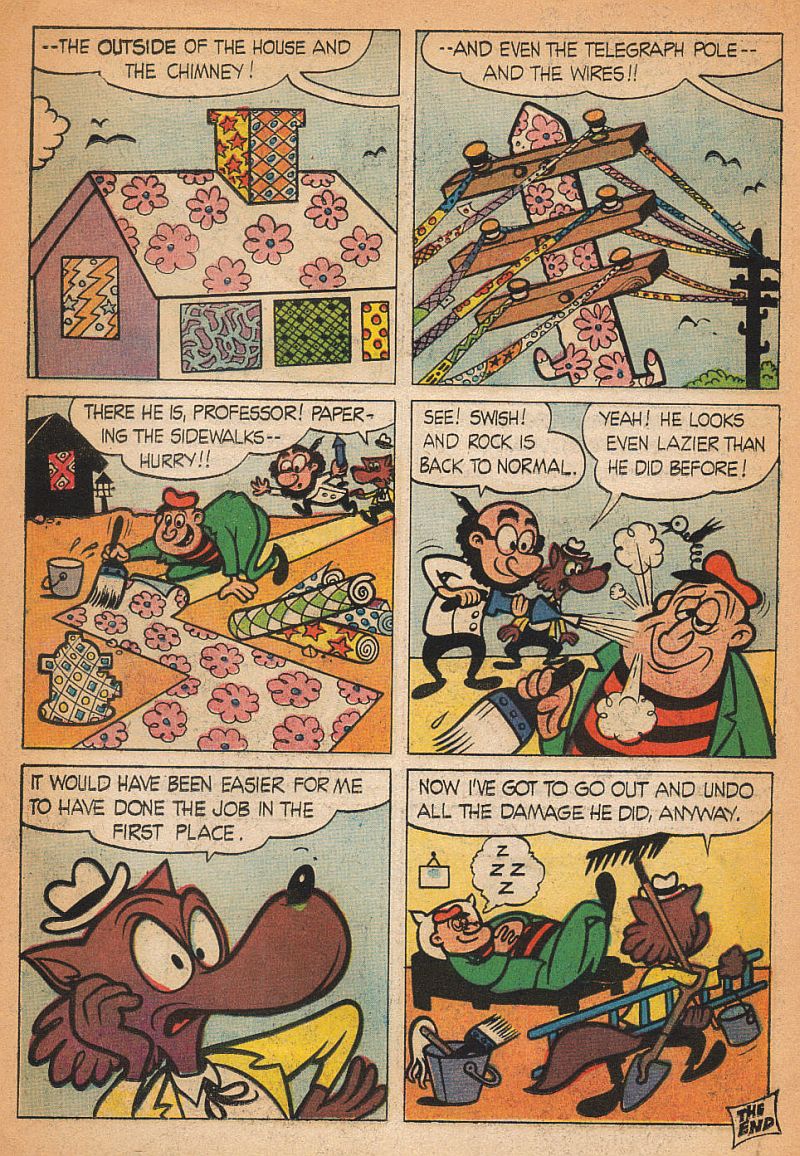 Hi Reader(s)! I have had some quality responses to the old blog from Dan Variano and Bob Jaques. Dan likes the Rock and Rollo story from Felix #8, the concluding page is north of this text. He points out that the wallpapering gag is very similar to the Heckle and Jeckle story that Tyer did called “The Misdirected Scarecrow”. If you want to compare the stories, head over to www.animationarchive.org/2006/06/media-jim-tyer-comic-books.html. There you can see several Tyer stories, including the Heckle and Jeckle. The wallpaper idea is much funnier and more fleshed-out in the H and J, but it seems to confirm that Jim wrote a lot of his own stories. I can’t tell if he wrote “Tippy Takes A Trip” from Coo-Coo Comics #16 above, but it is certainly one of his earlier epics. If any of you readers would like to see them, I can reprint his Felix Four-Color stories which he drew together with Joe Oriolo and Otto Messmer. I believe they are Tyer’s first comic book work. I would speculate that he did some newspaper cartooning in the late 1920s and early 1930s, but I’ve never seen any of it. Bob Jaques would like to see a Tyer index of all his comic book work, I don’t have it all, but for a real hard core collector like Milton Knight, or Marc Schirmeister that would be a slam. Thanks to you guys for reading this here tattered blog!

Â Â Â Â  The dailies this week are Marvelous Mike from November THIRD through Nov. 10, 1956.Â  I screwed up last week and left a strip out, please excuse the poor repro, I couldn’t get to the scanner and had to paste a copy together from the camera. Relaxo tonic has some amazing properties, as Mike is about to discover in this week’s strips. Now you can actually SEE Mr. Fencemetal packing up to leave “bag and baggage”. What a great era when all a crook had to do was LOOK at a letter from the Better Business Bureau to be scared out of town. Nobody cares about the BBB in our Super Robber Barons age. They aren’t scared of the League of Women Voters, either, more’s the pity.

Krazy Kat this week is from 3/27/1939 to 4/1.Â  Offissa Pupp actually arrests Ignatz’s brick, and the brick is represented by Lawyer Foxx Potts. Ignatz “springs’ the brick at the end of the sequence. Does anyone know what the reference to “Spaniola” means in the 3/28 strip? Write in and tell me, either post below or write to blogmolasses@att.net. Enjoy the strips!