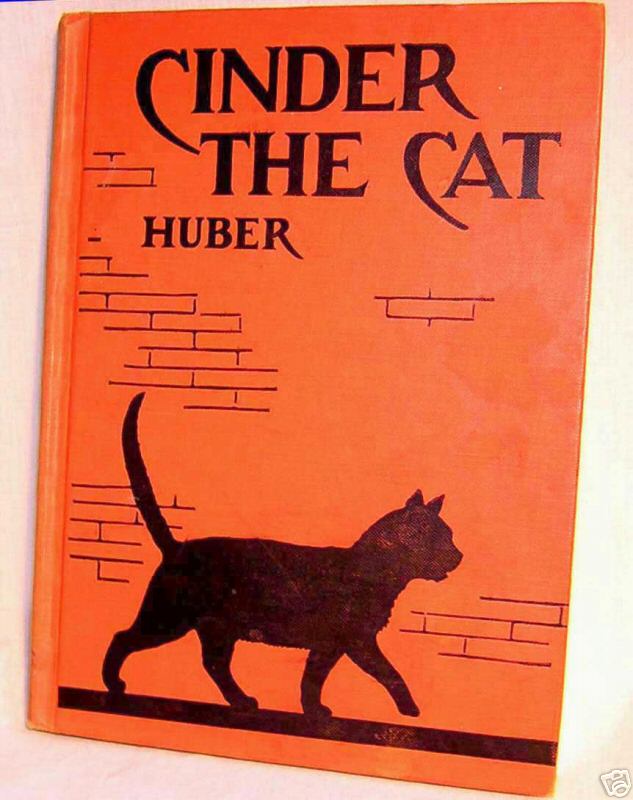 In answer to reader Steven’s request, here is a “draft” that I put together on the Tom and Jerry cartoon, “Dr. Jekyll and Mr. Mouse”. Please excuse me if this has been done by somebody else on some blog somewhere, I can’t read ’em all! Here ’tis:

Tom through door with milk, Tom behind chair–Pete Burness

Tom with chemicals in milk bubbling–Muse

Jerry turns back into himself–Lah

Jerry back to himself, ties Tom’s whiskers–Lah

There you have it, Steven, hope you agree with most of my animator scene assignments on this cartoon. I’m a bit reluctant to post a lot of my hard-won animation data on the blog, because there is too much free information on the web as it is. I won’t be doing this too often, so don’t get used to it!

I’ve posted the front cover to an old school reader called “Cinder the Cat”, just because I like it. It has some charming illustrations inside, one of which I’ll post next time. The comics for this week are: Marvelous Mike 12-31-1956, 1-2-1957 to 1-5. January 1st is missing, because the Post-Dispatch did not publish that day. Cliff makes a New Year’s resolution to spend more time with Mike and Merrie, but his boss Mr. Kimball won’t let him take a 2 week’s winter vacation. In a major turning point in the strip, Mike speaks directly to Cliff on Jan. 5th, there is no turning back from this point on, Cliff knows now for certain that Mike can talk! Krazy Kat from 5-22-1939 to 5-27 could be called “Photo Plot”, Ignatz takes a compromising photo of Offisa Pupp asleep on the job, and Mrs. Kwakk-Wakk takes her own photo of Ignatz taking the picture to prove that it’s really the Pupp napping. A lawyer gets involved, to the confusion of all. I didn’t know that Krazy was the editor of the Coconino County paper! A Happy New Year to you all. Thanks for the great comments on my piece on Lyn Joy Kroeger last week (year).

This just in: My friend and cartoon scholar Mike Kazahleh wrote me last night that his educated guess is that Al Grandmain was an effects animator at MGM, who received credit with the character animators as a favor from Joe Barbera and Bill Hanna for all his work on the effects in Dr. Jekyll and Mr. Mouse. There are a lot of special lighting effects, especially when Tom is mixing his chemicals in the water dish, and the exploding effects when Jerry takes a drink of the stuff, or the formula wears off and he goes back to normal. My only trouble with Mike’s theory is that most of the time, the effects in Tom and Jerry cartoons are handled by the character animators. Mike Lah had a special way of handling water, for instance. When the droplets break up on a Lah scene, they are in the shapes of jacks from the child’s game. Irv Spence always handled his shock effects and speed lines in what amounted to his graphic signature. As a side issue, some of the best water effects are in the Barney Bear cartoon: Goggle Fishing Bear. It’s my theory that Arnold Gillespie, who later did some effects on live action pictures, animated the water in Goggle Fishing Bear. My educated guess is that Al Grandmain was a character animator, but a “junior” animator, who may have worked his way up from an assistant. I believe he animated the milkman and Jerry tearing the phonebook by process of elimination, since I can identify the work of Burness, Muse, Barge and Mike Lah fairly accurately. Al didn’t work on too many Tom and Jerrys, Dr. Jekyll, Just Ducky, Safety Second and The Cat and the Mermouse. If the effects animator theory is correct, Safety Second and the Mermouse cartoon have a lot of explosion and underwater effects, Just Ducky has water effects to accompany the ducklings swimming in a pond. So who knows for sure? Step right up and make some comments! Or write to me at blogmolasses@att.net.