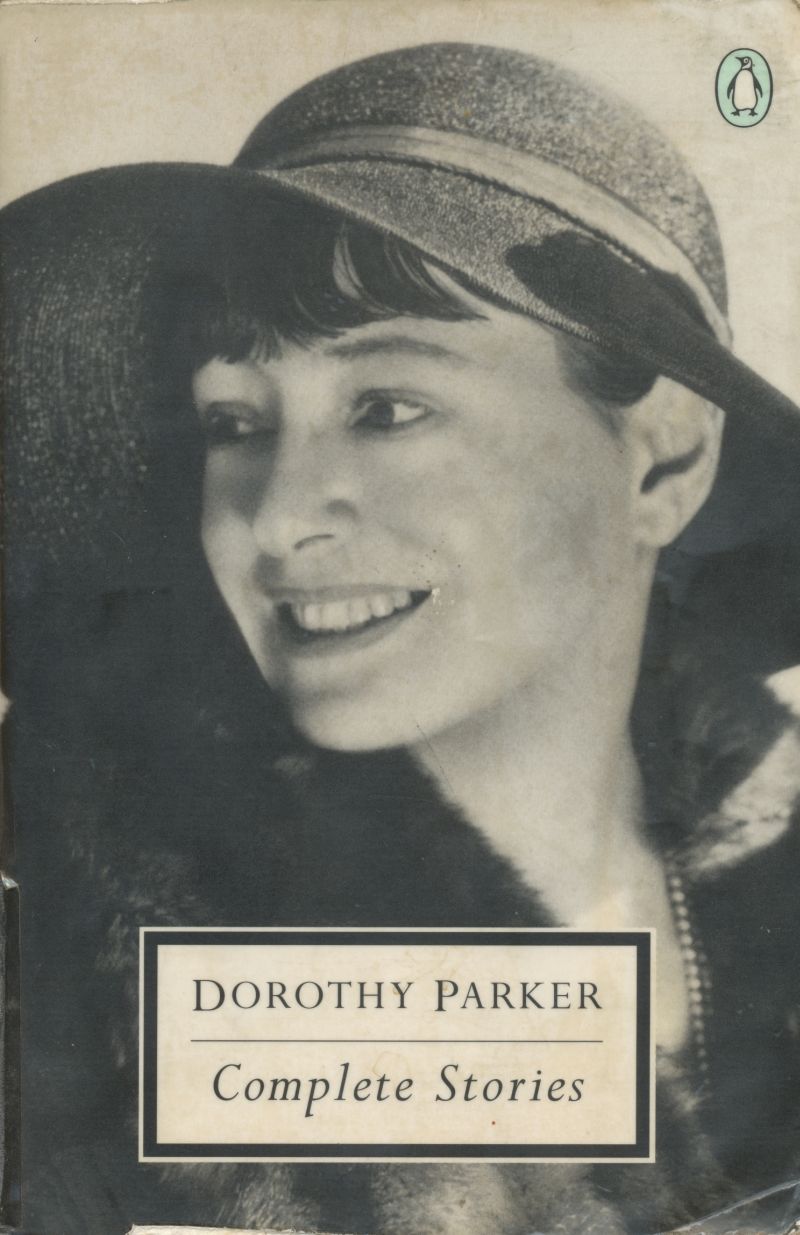 I’ve been reading the stories and poetry of Dorothy Parker, one of Chuck Jones’s favorite authors and influence on Bugs Bunny’s personality. I don’t know about specific things she contributed to Bugs, but her dialog was certainly an influence on screenwriters, especially her exchanges between dating and fighting couples. I’m reading “Arrangement in Black and White”, originally published in THE NEW YORKER on Oct. 8, 1927.  This short story is Dorothy’s chronicle of her meeting with Paul Robeson at what appears to be a Carl Van Vechten party of around 1925. These parties were attended by such luminaries as Walter White, Eugene O’Neill, George Gershwin, Adele Astaire and many others (perhaps some cartoonists?). In the story Paul Robeson is called “Walter Williams”, but the real clue is that the “woman with the pink velvet poppies” asks Williams to sing “Water Boy”, a song which Paul Robeson made famous. This song was used in the film version of “The Emperor Jones” in 1933. I speculate in the oral introduction to the story that it “isn’t in print” today. That’s wrong, I found a 1995 Penguin copy of Ms. Parker’s “Complete Stories” (photo upstairs), after I did the recording. Warning, the story is dated, uses the “N” word a couple of times, and generally portrays the uncomfortable party atmosphere that the Robesons, Paul and Essie, were moving in, circa 1925. Listen to Dorothy Parker’s dialog, it’s easy to read, and conveys the upwardly mobile, sophisticated society women of the day, who knew next to nothing about black people, but cultivated Paul Robeson, because he was one of the “in-crowd” of New York cafe society in the 1920s. It is a concise little snapshot of that time: http://www.zshare.net/audio/748004553b1708e8/ .  Unfortunately, ZShare does not keep these files around more than a month or two, so if you want to listen, do it before then. Dorothy Parker was a lifelong friend of Paul Robeson, and came to his defense in the McCarthy period of the late 1940’s, early 1950’s.

In Felix from 10/5 to 10/11/1936, Felix wants to be adopted by a musician, but instead falls under the spell of Tanglefoot, the detective. Bill Blackbeard would probably find a Holmes parallel here, but in the next few weeks, Felix becomes sort of a Junior Sherlock himself. In the Sunday of 10/11, Felix continues to help out Mr. Dud, infuriating a washing machine salesman in the process.

In the Krazy Kats from 3/25 to 3/30/1940, Offissa Pupp and Mrs. Kwakk-Wakk conspire to cure Ignatz of brick-tossing, but the scheme backfires and soon EVERYBODY is tossing bricks at each other! Offissa Pupp in the 3/30, believes that Krazy tossed a clay missile at HIM! 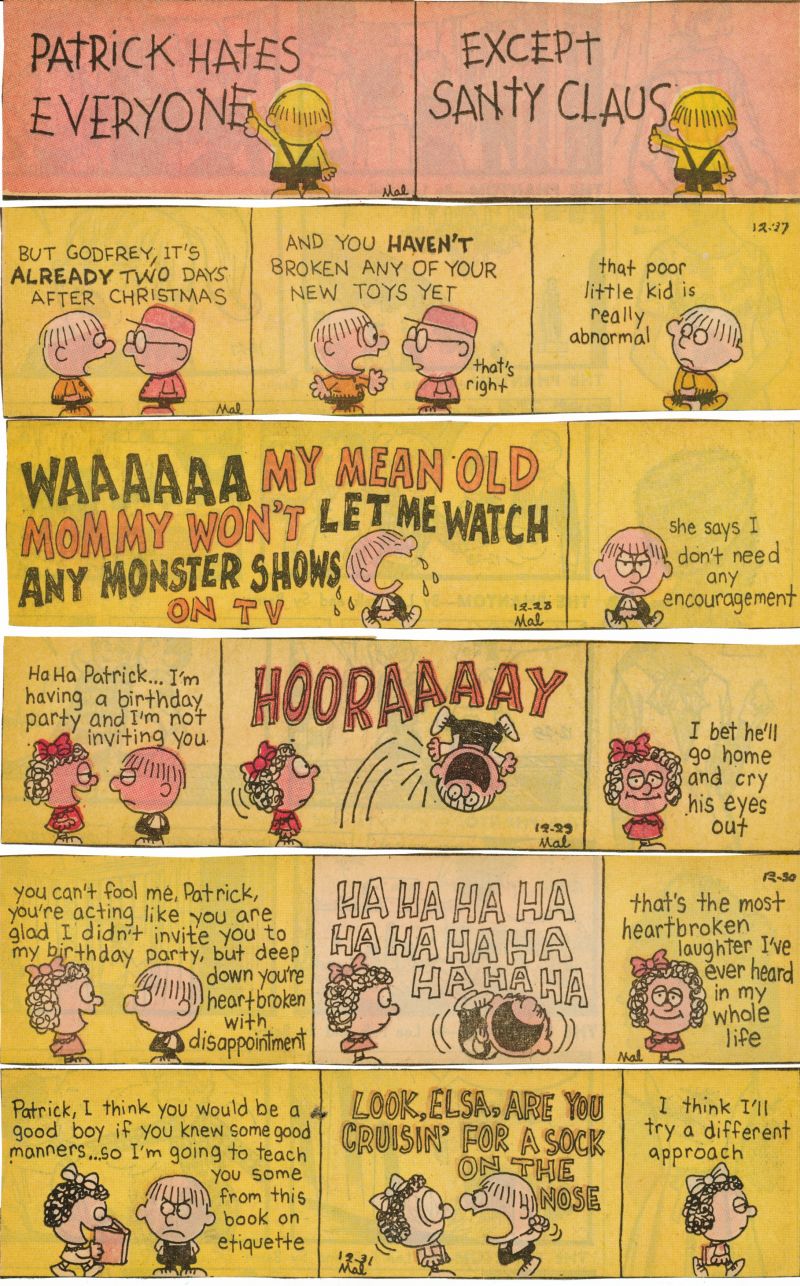 Patrick this time is from 12/24, 12/27 to 12/31/1965. It’s interesting to contrast Patrick’s reaction to rejection in the 12/29 and 12/30 strips. Where Charlie Brown was depressed and introspective after being snubbed by Lucy, Patrick is in hysterics after being “un-invited” to the little girl’s birthday party. Patrick is a threatening bully to Elsa, in the 12/31, after she tries to teach him some etiquette. Patrick’s almost never defeated by girls in his strip, he usually just overwhealms them with his bombast. Next time, we’ll get into the 1966 Patricks.