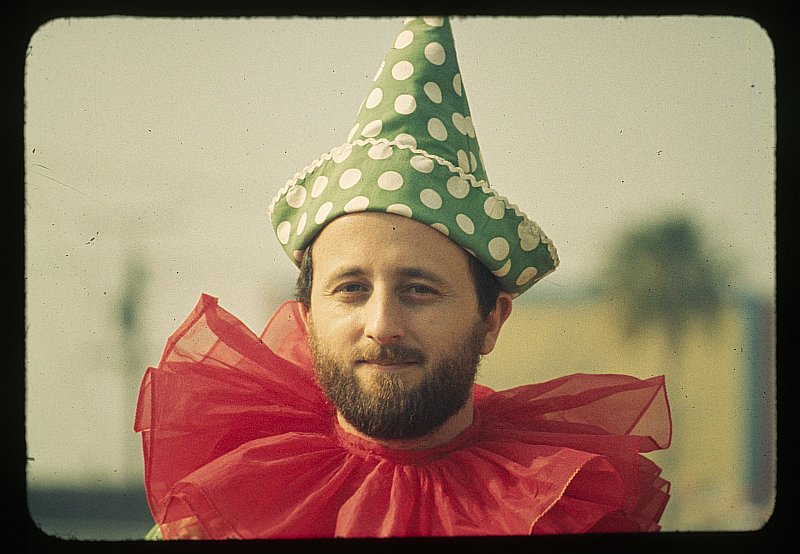 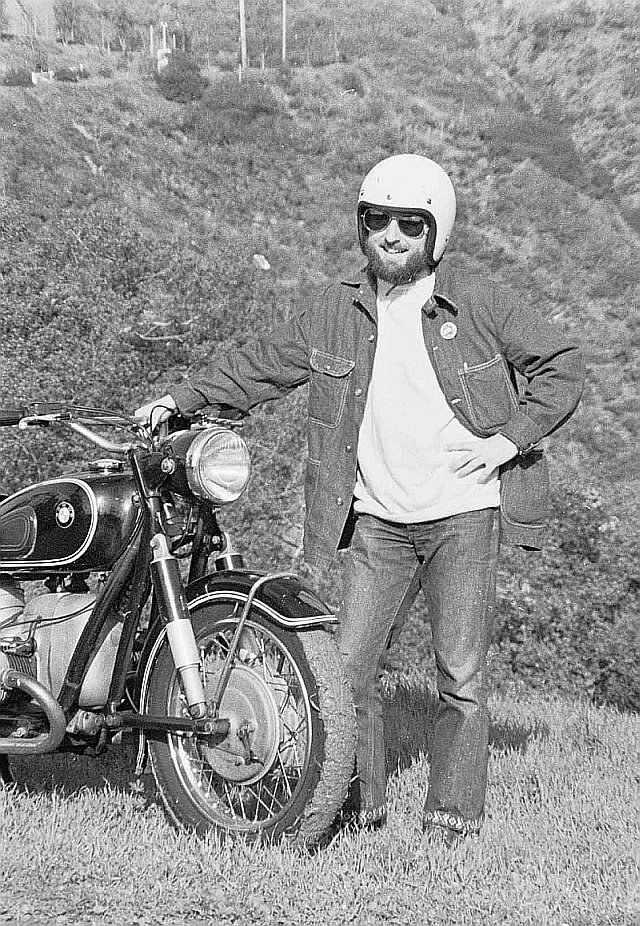 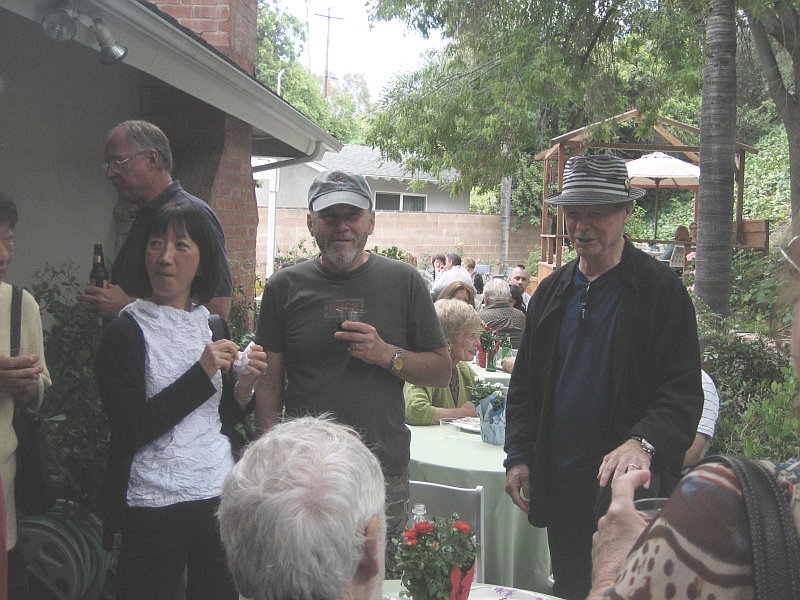 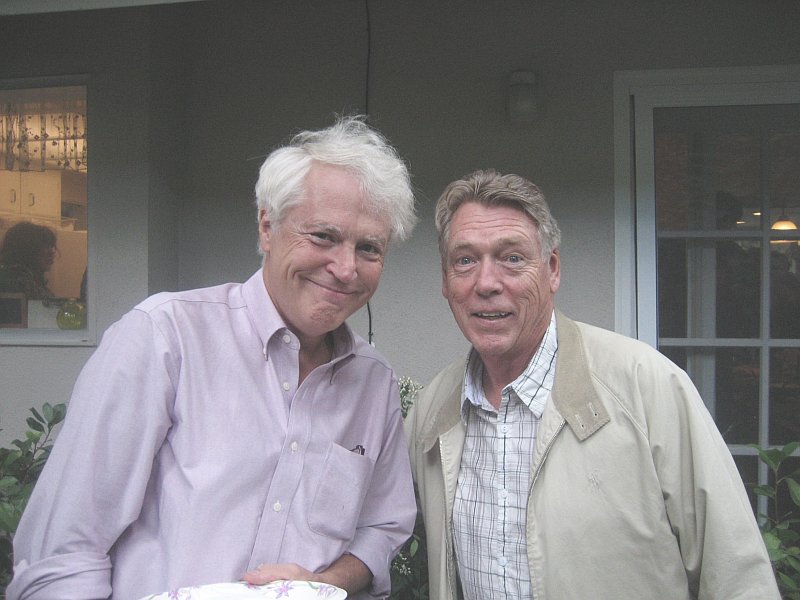 Vincent Davis’s Memorial was celebrated at the home of LeeAnne and Monte Young out in Woodland Hills on Sunday, June 7th. Vince’s wife Hiroko organized it and almost 100 people turned out.  In the photo third from the top, you can see Ted Woolery, Mariko Chouinard, Roger Chouinard and Chuck Swenson. In the fourth photo down, John Kafka and David Brain pose to be digitized. All these good people worked with and knew Vincent, Roger Chouinard went to school with Vince. There were so many old friends there, Libby Simon, Jill Stirdivant, Jim Duffy, Frank Furlong, Fred Wolf, Kunimi Terada, Robert Alvarez among the throng. Lunch was served, mostly from Brent’s Deli, but with a lot of home made concoctions, mostly desserts, supplied by good friends of Vince. “Dr. Octopus” played on DVD in the living room with a lot of Vince’s animated commercials and clips from shows he worked on. “Doc Oc” was just as funny and peculiar as it was the last time I saw it, almost 20 years ago! I had forgotten that Chuck Menville played the hero, and there was the unforgettable Sylvia Dees playing the heroine. I think Vincent played “Doc Oc”, but I don’t remember him actually admitting to it. There was a little boy watching it who got very anxious when any adults got too close to the TV set, he was afraid that the Octopus was going to be turned off! He took it very seriously, even though the whole thing was a spoof. When you’ve never seen an old serial chapter, maybe you think that “Doc Oc” is the real thing! Horrors!

That’s such a typical Davis dalliance, always be the most ridiculous at the most serious times, sticking pins to the pompous. That’s Vincent in one of his green polka-dot clown outfits in the photo at the top of the post, and posing by his beloved BMW motorcycle with the side car, which he bought from Chuck Swenson. Riding in that sidecar was like riding in a Mixmaster, you felt like a strawberry milkshake at the end of the ride.

There were so many great stories flowing out about Vince, and Cathy and I spent so much time talking to folks we hadn’t seen for years, that four o’clock seemed to come at one thirty! Vince’s spirit really took us all over for the afternoon. He got a lot of old friends back together again, I think he would have liked that.

I want to thank all of you who posted comments on my last article. I think “So Long, Vincent Davis”  had more response than anything I’ve written on here so far.

In the strips this week, we have Krazy Kat from 9-4-1939 to 9-9. Ignatz thinks he’s Lindberg this week.  Marvelous Mike this time is from 4-15-1957 to 4-20. Cliff Crump’s boss, Mr. Kimball, faints dead away when he finds out that Mike is the financial genius that got everybody to invest in Tempo Trucking. Kimball changes his mind and brings Mike to the stockholder’s meeting when Mike tells him he has a solution for disposing of the overvalued stock. Please remember to click on the small images to display the pictures larger for comfortable viewing. Enjoy!