What was “Lucky You”? 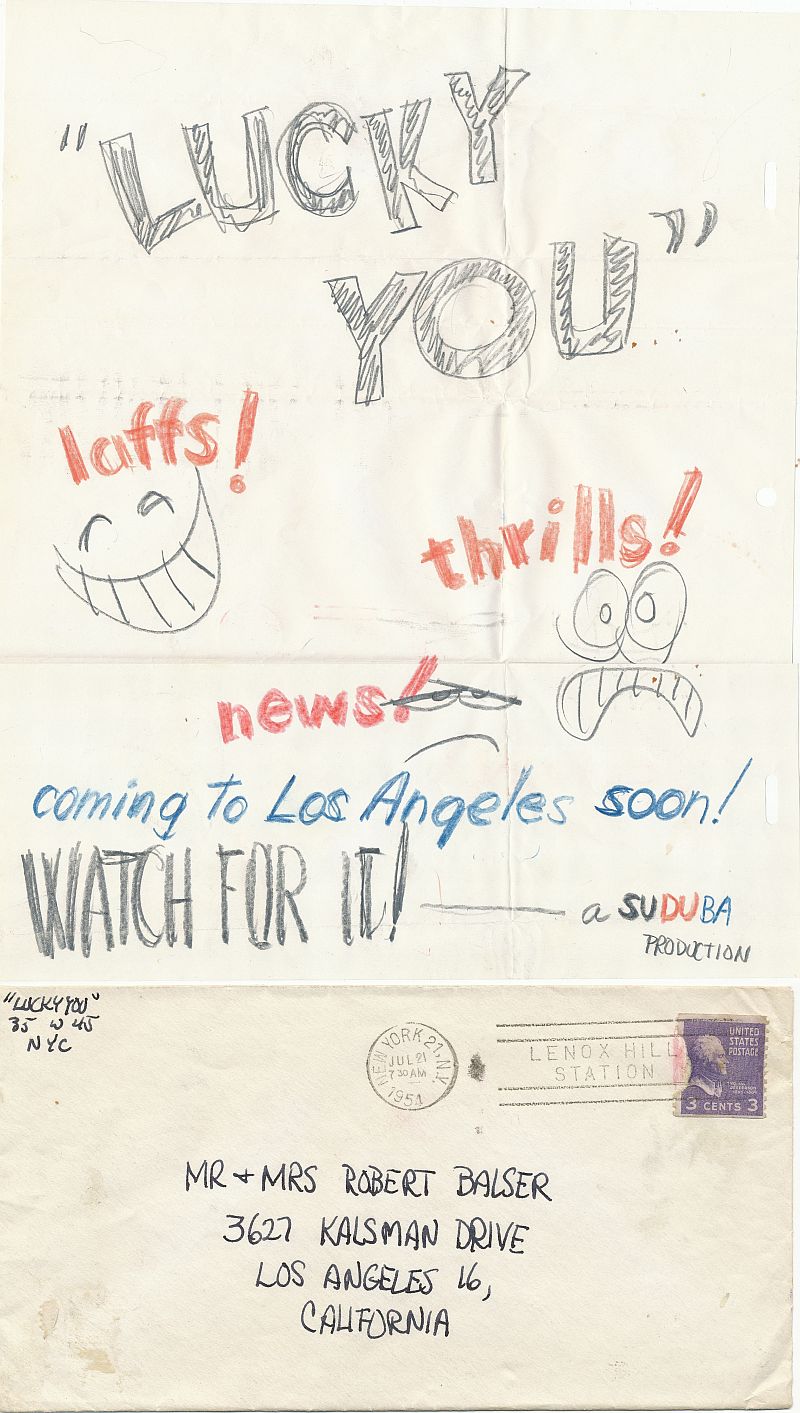 Â Here are more entries in “The Letters of Duane Crowther” series, (number 9)Â this time from July and August, 1954. I can’t find any information about the theatrical production of “Lucky You” at the Tempo theater in NYC from 1954. Maybe a kind reader can fill me in on that production. It seemed to have had film animation combined with live performance (possibly dancing), which Bob Balser did for the production. Duane sent him a drawing, there is a letter from the producer, Robert S. Corey, and a telegram apparently congratulating the Balsers for “Lucky You”. I’ve also included Duane’s letter to Bob Balser from 8-16-1954, in which he once more indicates his desire to start a family, and tells of his new job at Transfilm, a commercial studio founded by Dave Hilberman and Zack Schwartz. I don’t know if Hilberman and Schwartz were still in their studio in 1954, as they were blacklisted and lost control of Transfilm around then. Duane is still longing to move to California with his new wife Susanne, although the expense of NYC living was taking it’s toll. We’re almost down to the last letters of Duane’s that Bob Balser saved. More very soon.

Â Here’s as many of the January, 1963 Flintstones Sunday pages that survived in my collection, clipped 50 years ago from the St. Louis Globe-Democrat. The 1-13 episode is missing, but you can see it, and the half-page versions of the above strips in black and white by going over to Yowp’s website, link at the right of the page. The first two strips seem to be by Dick Bickenbach, but the third, looks like the pencils were drawn by Harvey Eisenberg; probably Gene Hazelton or another capable H-B stalwart did the inking. Eisenberg did the art for several Flintstones Dell comics in the early 60s. I’m almost at the end of my small cache of “Flintheads” Sunday pages, I’ll continue posting them as an adjunct to Yowp for as long as I can.