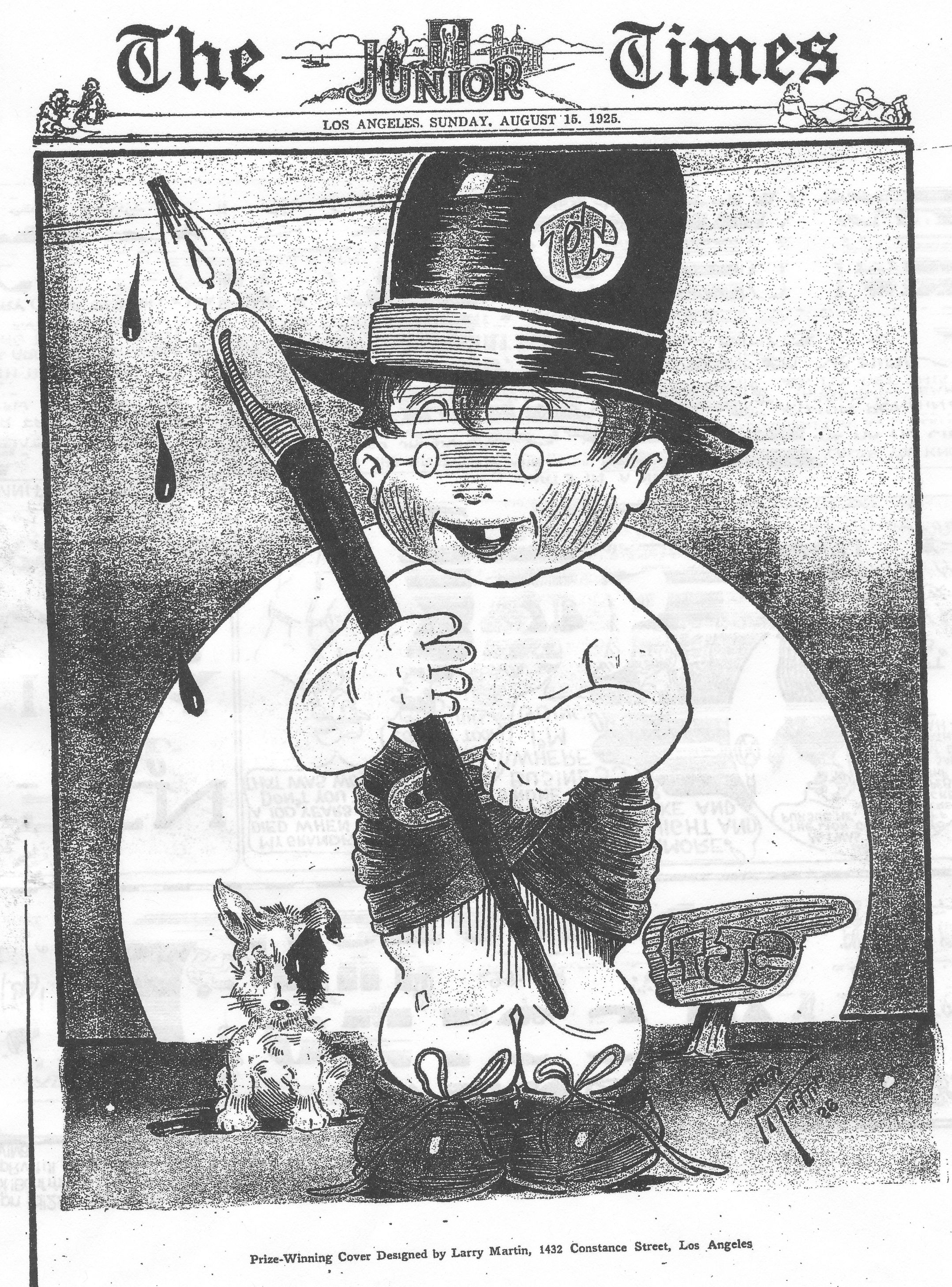 Here’s some more of Aunt Dolly’s boy cartoonists of August, 1926! That’s the great Harman-Ising animator Larry Martin’s cover to the 8-15-26 issue of the L.A. Junior Times, and a photo of the future animator, Manuel Moreno, from 8-1-26. 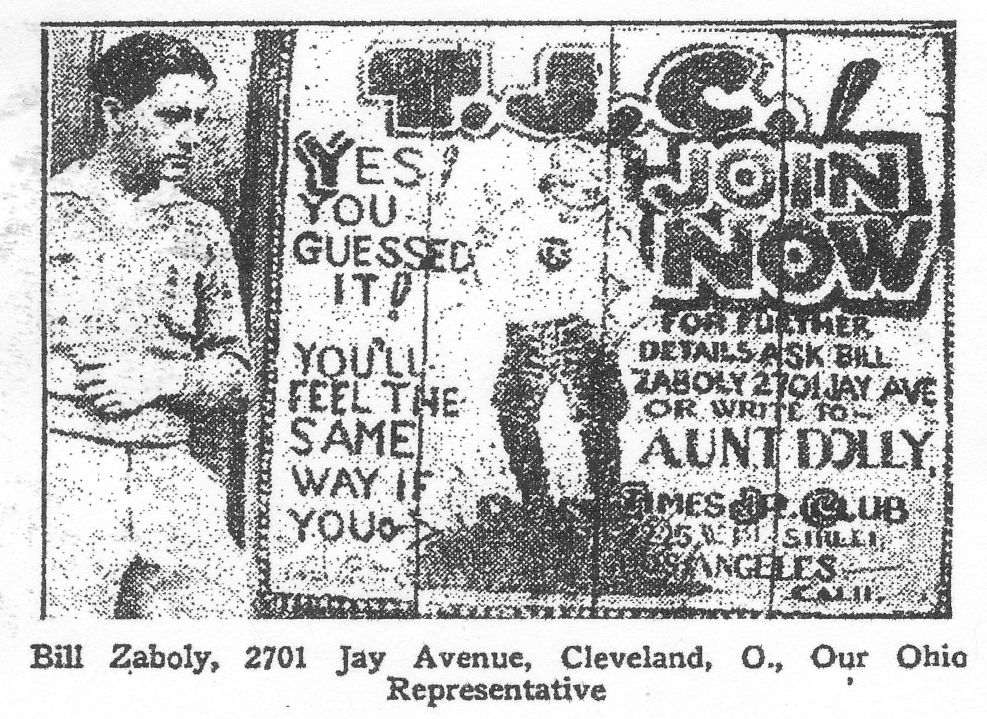 A photograph of the future Thimble Theatre cartoonist, Bela “Bill” Zaboly from 8-8-26 appears above. At this point Bela was living in Cleveland, Ohio and promoting the T.J.C. to the populace with hand-drawn posters. We continue the reprint of Bob Wickersham’s funny animal strip, Fido Bark, from 8-1 to 8-29-26. In the 8-8-26 strip, Fido visits Al Perez’s studio. Al was another Aunt Dolly discovery. A talented cartoonist, Al did comics and decorative work for the Jr. Times. I found two of Wick’s T.J.C. promo cartoons from 8-8 and 8-15-26, which originally appeared on “Aunt Dolly’s Page”. To round it off, the only episode of Manuel Moreno’s “Keen and Feeble Tat” that ran in August is included. By this time, Moreno was already into his professional career, and was drawing fewer strips for the Junior Times. Have any of you readers ever SEEN an actual newspaper copy of the Junior Times? Supposedly, the Boy Cartoonists’s work appeared in color. The pages seem to have been five columns wide.

Here’s Barker Bill from 6-13 to 6-23-1955. Newton Mommisboy continues his pursuit of Barker Bill’s Mermaid, only to discover that she’s a fraud! A new story with Puddy starts on 6-22. By this time, I’ve only been able to find 4 out of the 6 dailies for each week. If any one has the missing dailies, please write to me.

Felix is from 8-12 to 8-18-1935, continuing Felix’s hunt for a lost civilization on the Ape’s Island. He goes from a scapegoat in the 8-12, to a hero in the 8-17, when Felix actually digs up an ancient sunken city in the quest for a place to rest! In the Sunday, Felix helps a Jiggs-like man to get out of the house for an evening, if only in his dreams!

Krazy is from 6-23 to 6-28-1941 this time. Not much continuity, except for 6-26 and 6-27, where Krazy fools a swami mind-reader by thinking in “Eskimo”, sort of forshadowing the use of the Navajo language for code during World War II.

Myrtle is from 3-10 to 3-15-1947 in this batch. My newspaper run was short by 3 1/2 strips, so I found the missing ones over at Newspaper Archive. My favorite Fisher Frolic this time is the 3-15 strip. Note in the third and fourth panel how Fisher links the action as Myrtle tumbles over the dogs and Sampson. The speed lines from Myrtle’s hands overlap the panel border, giving a real feel of continuous animation to her tumbling act. It was my brother’s idea to fill in the missing Myrtle strips, which, despite the variance in quality, I think is a good one. Let me know if any of you have actual Junior Times issues, and we’ll see you again soon.