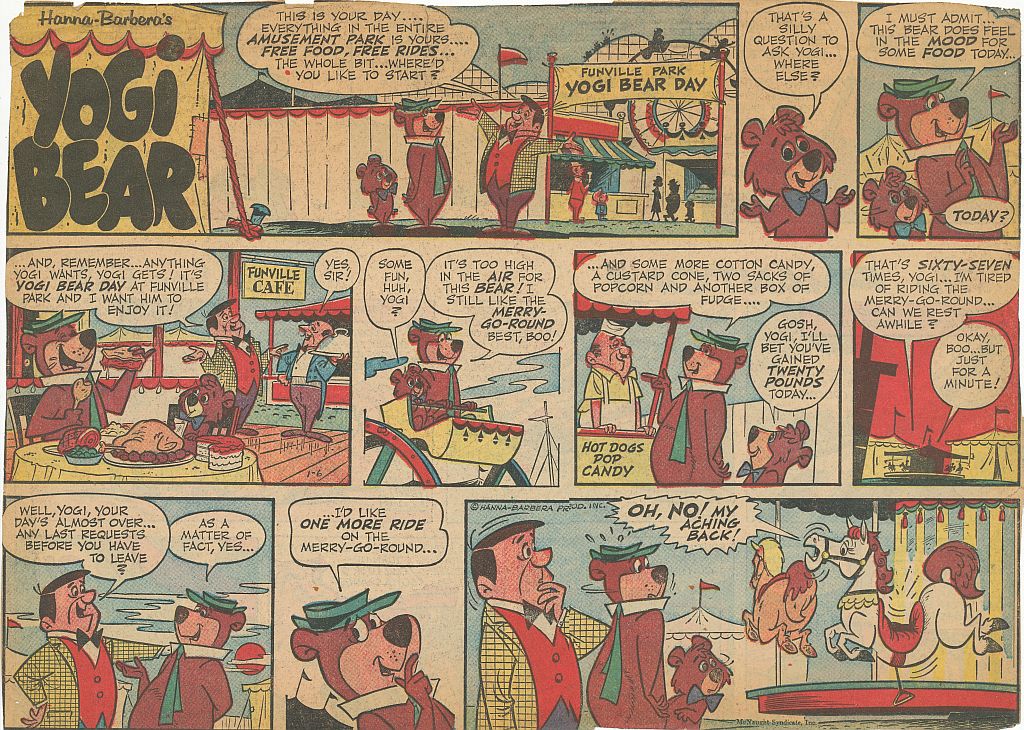 Â Hey Hey, that Yog’ Rogue is at it again! I bow to Yowp’s request and post the January, 1963 Yogi Bear Sundays. I have the 1-6 and the 1-20 in half-page, the other two are thirds. I don’t have as many halves as thirds for the balance of 1963, but it’s whatcha do with whatcha got! These all look like Harvey Eisenberg’s art to me, but Yowp seems to see Gene Hazelton’s work here as well, especially the kid designs. I like the fantasy of a talking Merry-Go-Round horse in the 1-6, and the “Modern Indian” gags in the 1-13 and 1-20. Perhaps H-B were contemplating a new series featuring Native Americans, perceived as primitive, but actually sophisticated, sort of the Flintstones premise, but more contemporary. I’d like to see that show today! The 1-27 actually tells the truth about how difficult it is to tune an Ocarina. There’s a song in “The Road to Singapore” (1940), calledÂ “The Sweet Potato Piper” which was done by a chorus of Ocarinas all tuned in harmony with each other. Today, that kind of tuning expertise with the Sweet Potato is impossible to come by, so the wonderful choral arrangements for Ocarinas are gone forever. To see the top third of the third page Yogis go on over to Yowp’s blog, he’s waitin’ for you. 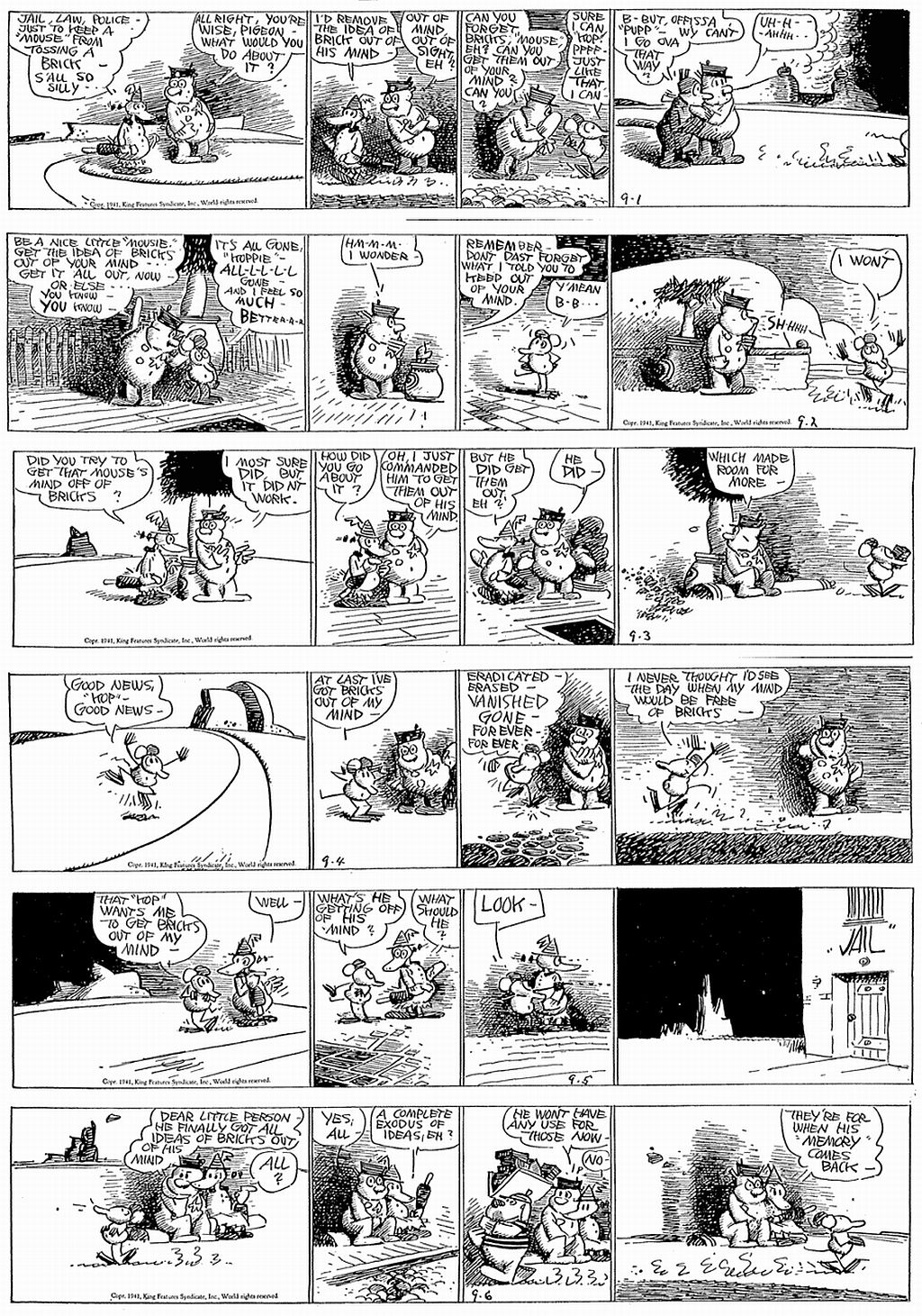 Â Krazy from 9-1 to 9-6-1941 contains a psychological experiment. Offissa Pupp tries to convince Ignatz to banish bricks from his mind, at the suggestion of Mrs. Kwakk-Wakk. I like the 9-4 when Ignatz seems elated at the mental gymnastics of brick banishment. However, in the 9-6, a hod carrier appears with a new supply of the forbidden missles, and it seems that the tricky mouse was just making sport of the duck and the dog.

Â Felix, from 10-21 to 10-27-1935, continues to elude the curious sailors on board ship. He still has the oblong shaped diamond that he found on the Ape’s Island. I like the bit in the 10-25 when Felix is socked with a sailor’s boot in which he has hidden the diamond. The Sunday page is a lot of fun, as Felix makes use of the Chemist’s formula for liquefying metal. He feeds the liquid metal to the fish, in hopes of drawing them out of the water by magnetism. His scheme works TOO well, and he is soon almost smothered by the fish. I like Felix’s passed-out pose in the last panel as a fisherman makes off with the hapless cat’s catch. Now that’s a diet rich in iron! Hope your holidays and New Year were at least somewhat joyous! C U Soon!